Packsize is a revolutionary company.  They offer machines that create on demand packaging at the perfect size. No more wasted space in a box or over sized shipping costs. Packsize exhibited at MODEX 2018 at the World Congress Centre in Atlanta. They asked Trade Show Holograms to assist them.  The goal was to  create a 3D interactive presentation for visitors to their booth.

The 3D hologram projector pictured here is one of the designs offered by the Trade Show Holograms. Trade Show Holograms is  a company that offers the unique crowd attracting displays for rent and purchase around the globe. This kiosk features the new  “Ultra bright” projection feature. It  projects images in full 1080 HD quality.  It also  features an accompanying audio narrative during the hologram presentation. Viewers can call up multiple presentation chapters on demand via a touch screen on either side of the display. This dual projector system offers booth visitors to watch separate holographic presentations on either side.  One presentation will not interfering with the other. This doubles the amount of interactivity in the same floor footprint.  For more information you can visit the Trade Show Holograms website. 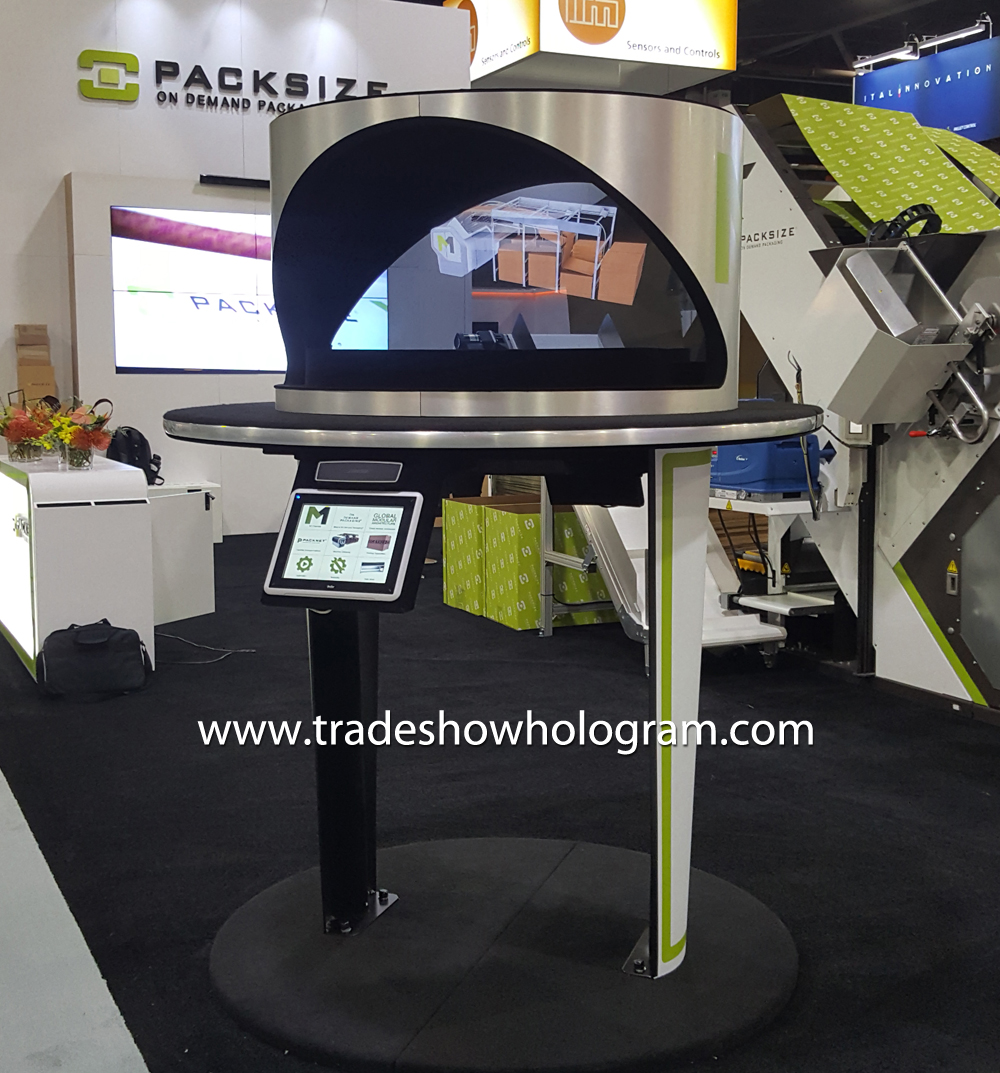 Victor is a life size holographic trade show robot, virtual presenter and greeter. He recently made his public debut at the 2013 BrainSTEM festival held at the Permimeter Institute in Kitchener Ontario Canada.

Victor is part of a new series of holographic presenters offered by Trade Show Holograms. The first prototype is Fiona a female version of Victor. The displays are designed to act as a virtual spokesperson for trade shows, conferences or public events where something special is desired to attract attention. Trade Show Holograms has been designing and creating custom 3d hologram projectors since 2007 and have exhibited them across North America since then. The popular eye catching displays are available for both rental and sale.

Victor is a life size 3d holographic projection and virtual presenter developed by Trade Show Holograms. The company has recently released a line of virtual greeters and spokespersons in holographic form.  The first in the series was Fiona a female version in the robot line up. Victor was featured at the entrance way to the Perimeter Institutes annual BrainSTEM festival. He instructed guests on how to participate in the show via tweets.

The 3D hologram projection appears to float in mid air while making its presentation.

The specialized hologram projector can feature a wide variety of other characters, including a clients own speaker or CEO. The CGI nature of the robot allows it to display a wide variety of special effects as well as  morph into other display products.

The displays are currently available for sale and rental in the US and Canada. 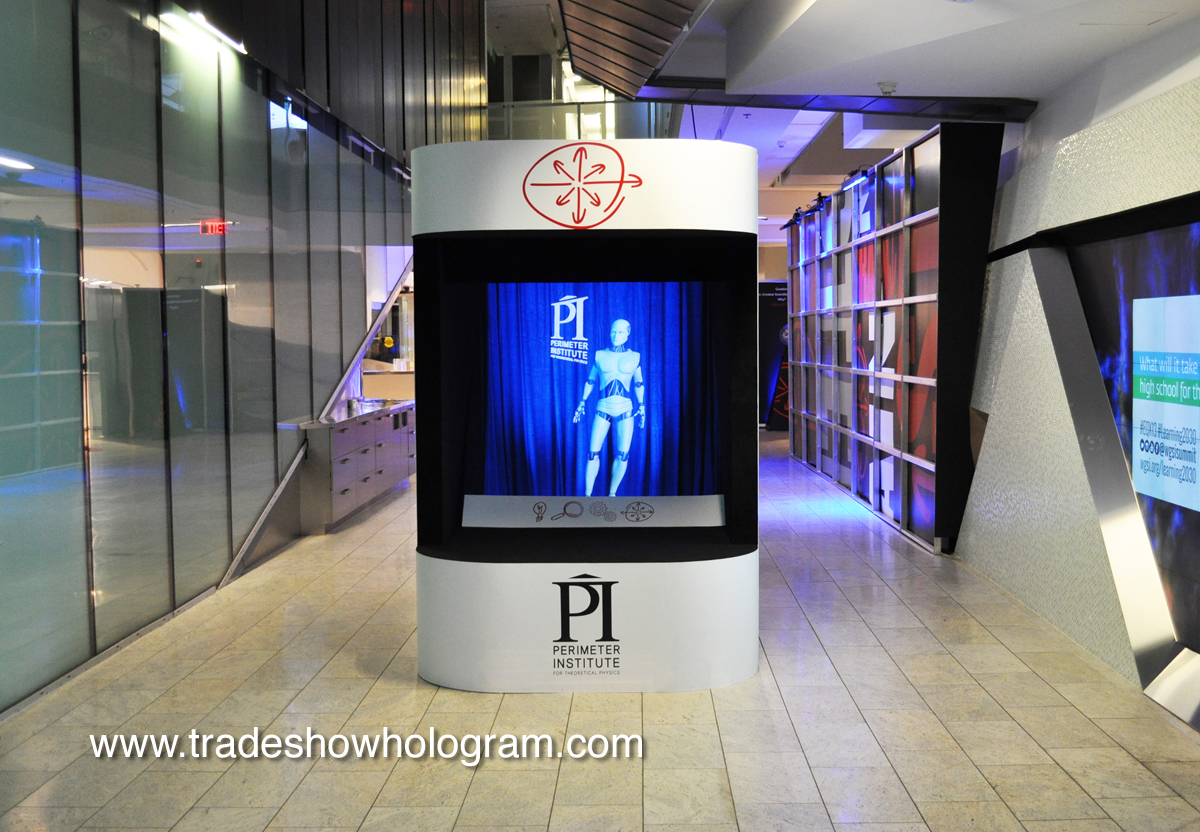 3D Hologram Projectors are a easy way to draw visitors into a trade show booth. Illusionist Timothy Drake has created a trade show exhibit that takes up little floor space and gives a lot of WOW factor for the floor space used. The hologram projectors are either rented by clients or purchased for more permanent use as lobby displays at corporate offices.

The Hologram projectors project a clients presentation into mid air in 3D. 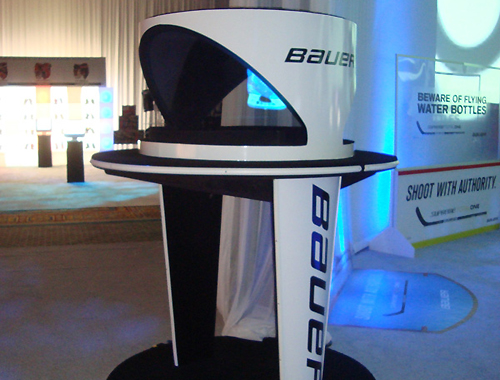