Newly enhanced ultra bright projectors are now featured in all hologram projectors from Trade Show Holograms. The brighter images can be seen from longer distances and offer sharper and brighter images and colours up to 31 inches high and 56 inches wide. In addition to the new projectors, this model includes an interactive touch screen to allow trade show booth visitors and sales staff the ability to access any of their holograms on file on demand at a simple touch of the matching icon on the touch screen. The newest in the line of displays from Trade Show Holograms was first debuted at CastExpo 2016 in Minneapolis MN. The hologram projectors are now available for rental or sale across the USA and Canada. 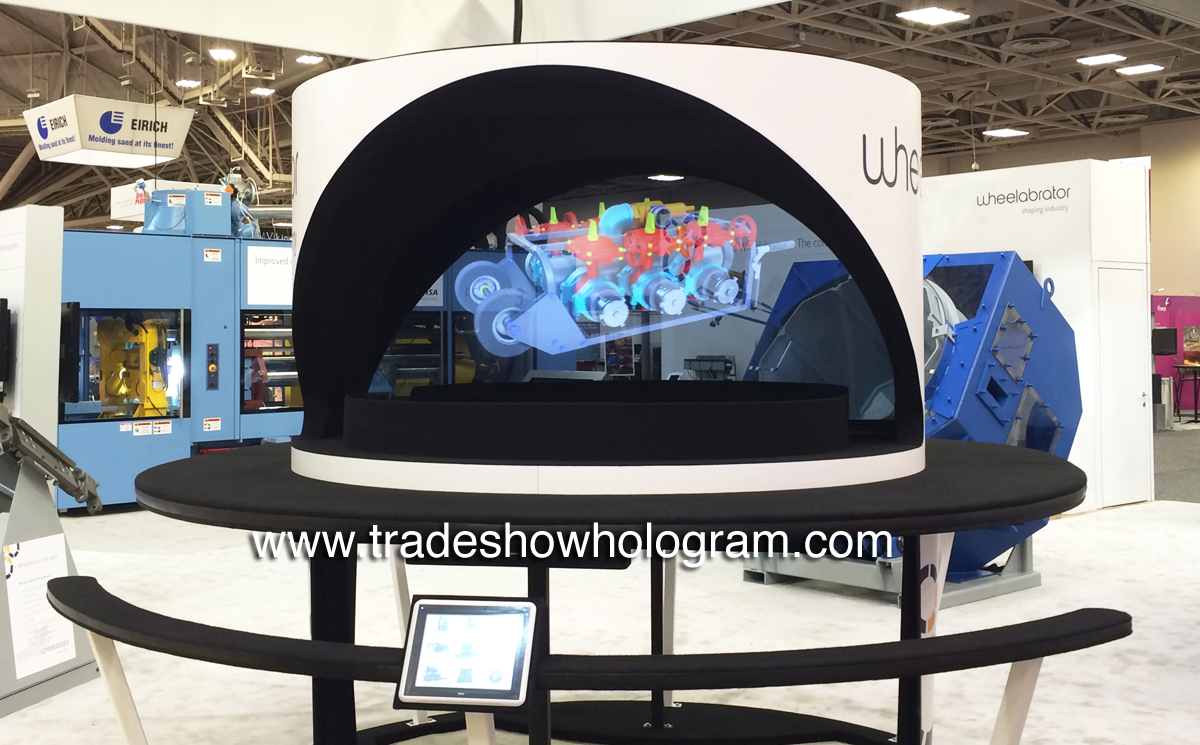 Several years ago the Wheelabrator Group featured a 3d hologram projector as a feature at their trade show booth. Based on the excitement created by the hologram display, they included a hologram display in their next trade show.  Recently they contracted Trade Show Holograms to create a larger version of a hologram projector to be used for an upcoming show. ( CastExpo 2016 ) The result was a larger hologram, a brighter hologram ( using our advanced new projection system ) and an an interactive touch screen that allowed the viewer to call up selected holograms on demand. The larger version is the first to include the interactive touch screen which will now become a standard in all displays created by Trade Show Holograms for sale  and rental across North America.